Sword Art Online: Fatal Bullet has been a long time coming, for me. I know absolutely nothing about the source material, but each and every reveal and drip-fed piece of information about this game, has had me intrigued. Fatal Bullet largely takes place within the wastelands of Gun Gale Online, abbreviated in-game as GGO. You begin immediately by creating your own character using a surprisingly in-depth creation system. Players are able to tweak a wide range of parameters; gender, height, width, face, hand size, head size, individual eye color, make-up, tattoos, and more. The game offers a deep pool of customization for each aspect of your character, dishing up as much as over thirty options in some tabs. Once you’re done perfecting your look, you’re thrown head-first into the fray.

This, however, is where one of my only problems with the game comes into view, namely excessive loading screens. It seems as though there’s a loading screen present for each and every time the game shifts from your control, to one of the many cutscenes within. I wont slam the game too harshly for this, seeing as each loading screen lasts no longer than twenty seconds a pop, but it does become annoying before long. Despite the fact that the game houses characters from the source material, the game’s story mostly focuses on your own hero. Characters from the show will indeed make regular appearances, but for the most part, you hog the spotlight throughout the campaign. This allows the game to be more accessible to newcomers, and to its credit, it does a good job at explaining the basics.

Taking on the role of a newbie, you’re swiftly introduced to your childhood friend, who in-turn is introducing you to the virtual reality game. This serves as the game’s tutorial. You’ll quickly get to grips with the intuitive controls; such as how to jump and evade, how to shoot and reload, and more importantly, how to loot. It’s a very easy-to-understand experience, and one that’s equally as fluid as it is exciting. Nearing the end of the tutorial, you’ll be separated from your friend and will soon-after stumble upon a rare artificial intelligence. It’s explained to you that this AI companion is a rarity, but the companion (who you’re also able to customize the appearance of) is keen to point out that its model is a lot rarer than anticipated. Naturally, this makes even GGOs most veteran participants jealous, and from there on out, the narrative has a heap of twists and turns to keep you engaged.

That’s about as far as I will take the plot, because that already accounts for roughly thirty minutes of gameplay, and it doesn’t even scratch the surface of what is yet to unfold. What i will say is that despite knowing nothing about the source material, this game had me on the edge of my seat throughout the entirety of play. It helps, of course, that the writing and localisation is top notch. Unlike the recently released Xuan Yuan Sword, Fatal Bullet is translated exceptionally well. The game also attempts to offer some overarching plot points during those aforementioned invasive loading screens, but they don’t tend to stick around long enough for you to read the bulky text. During each loading screen, there’s a scrolling number of paragraphs that you can read while you wait for the load, but they automatically scroll too soon. It’s a very small gripe, but a system much like Monster Hunter: World, in which you can scroll back and forth yourself, would have been a welcoming addition.

Gameplay typically consists of you moving from one well detailed environment to the next, completing pre-set objectives as you climb deeper in. The element of trekking off the beaten path to look for secrets is present, which encourages you to pay close attention to your surroundings and leave no stone overturned. You’re also given some choices too, more so with the dialogue than anything else, but I wasn’t convinced that this did much to alter how the story progresses. Players can utilize a wide range of different weapons and abilities throughout the course of the game. This is another portion of the adventure that goes well in its favor. You’re quite literally free to play however you like, and thanks to how broad the progression system is, you can truly feel the differences you make as you proceed. The depth here is magnificent, collectively serving up an action-packed journey that leaves no play-style in the dust. Simply put, if you enjoy RPGs with deep customization, you’ll love Fatal Bullet.

Speaking of the visuals, I suspect this will split the crowd. The game has been built in Unreal Engine 4, which goes on to produce some great details and solid textures. The problem is that the world isn’t overly appealing, which I guess is by choice of design. The locations within are often lifeless, desolate, and repetitive at times. I personally didn’t have an issue with this, but for those of you that appreciate more diversity, you may be left disappointed. That being said, the details are stunning. Everything from the environments to the character models (even your own) are great. It depicts the source material magnificently, and if anything, will please fans of that more than most. Another aspect of the game that may make or break the experience for players, is the combat system. However once again, I quite enjoyed it despite that it can prove to be counterproductive. You see, Fatal Bullet is a third person shooter, but it doesn’t play out like that in the traditional sense.

There’s no aim assist when you’re ADS, which unless you gel with the system soon into the game, can become a nightmare. Enemies will swarm the screen, and it’s here in which ADS feels a bit unnatural. You’re expected to dash and evade incoming attacks whilst manually targeting enemy weak points as they themselves rapidly dash around the map. Without any assistance whatsoever, it can often feel like a challenge in itself just getting your target aligned. You’re granted an assist if you fire from the hip, but this alleviates the ability to shoot at your enemy’s vulnerable spots. Still, I must point out that I’m not criticizing the system itself, merely highlighting that this basis of play will not please everybody. I found that once I bonded with the mechanics, enemy encounters became much more exhilarating. There’s nothing quite as exciting as dodging incoming fire, jumping high to get some scope, and finishing your opponent off with a well timed bullet to the noggin.

The lack of aim assist when ADS makes you feel as though you’ve totally earned your reward, that has to be said. It helps to blend both hip-fire and ADS gameplay together, chomping down at your foes health and then finishing them off with precision. Fatal Bullet, as mentioned above, does allow for a wide range of play styles. You can go all out run and gun, or take more of a supportive role and aid your party throughout. There’s much more to this game than meets the eye, and on that front, it excels where many recent RPG titles fail to. It’s fair to say that Fatal Bullet sees you relying more on fast combat than strategic play, which may be something that you’ll need to consider before picking this up. There’s certainly no shortage of content within, and although the gameplay’s foundation remains pretty much the same throughout, it manages to do so without compromising the fun.

Early in the game you’re given a grappling hook, which allows you to not only zip around the map to reach new heights, but can pull aerial enemies to the ground too. This comes in handy for if you want to steal some items from them, or take advantage of their momentary state to dish out damage. With that said, exploiting a weakness is only half the work, first you have to locate it. Many of the enemies in Fatal Bullet house their own weak spots, and it’s undeniably rewarding once you finally suss out where that it is, to then bring them to their knees shortly after. This is further heightened once you begin leveling up and allocating your stat points to become even more capable and devastating. Some skills are weapon-based, but many of them cater for all of the weapons. This allows stats to bounce off other stats, giving you almost total control over your chosen hero, and you can feel each and every bump in your progression and power.

It helps that the UI remains accessible and easy to digest. Fatal Bullet doesn’t beat around the bush, but instead gives you a quick and firm understanding as to how it functions. Genre newcomers shouldn’t have any issue whatsoever getting into the swing of things, and given the game’s depth, this is a wise choice on the developers part. When you’re done with the bulky campaign, there’s a few other game modes to dive into. PvP sees you going head to head against other players while taking on a boss battle, which is exciting enough to merit its inclusion. Whether or not this mode has any staying power remains to be seen, but it offers a great deal of fun nevertheless. Co-op, on the other hand, tasks you with teaming up with other players to bring down a boss. Sure, these may well practically be two in the same, but the added competitive nature of the former helps with its distinction.

Sword Art Online: Fatal Bullet isn’t as well rounded as other RPGs. There are far too many loading screens, and the combat will be very hit-and-miss for many. That being said, the game offers a surprising amount of depth in both play and progression. Furthermore, the story remains interesting throughout, and doesn’t at all alienate newcomers. Fatal Bullet may not be perfect, but it’s action-packed, engaging, and immersive, nevertheless. 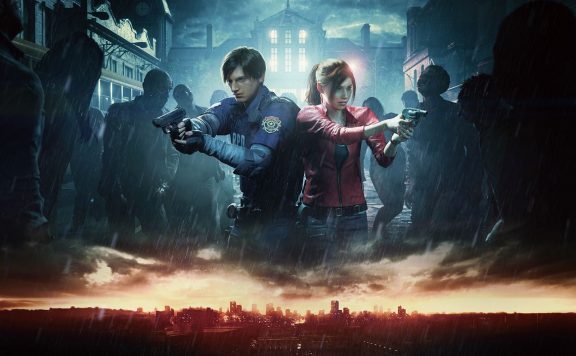 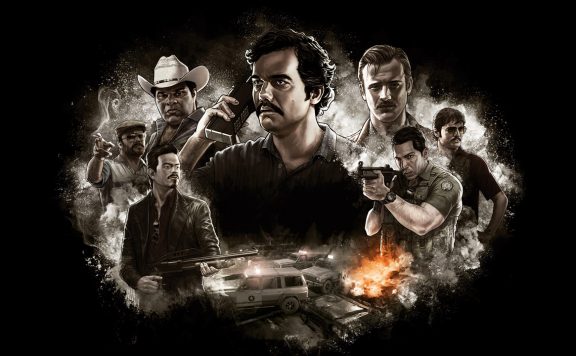 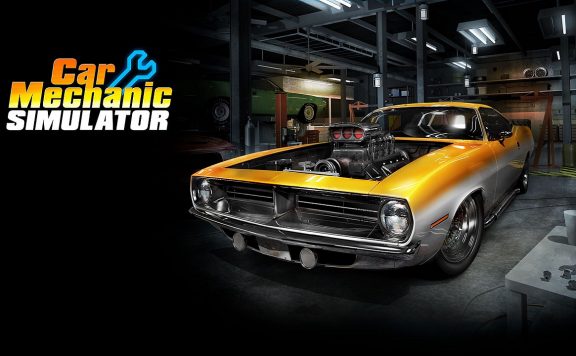 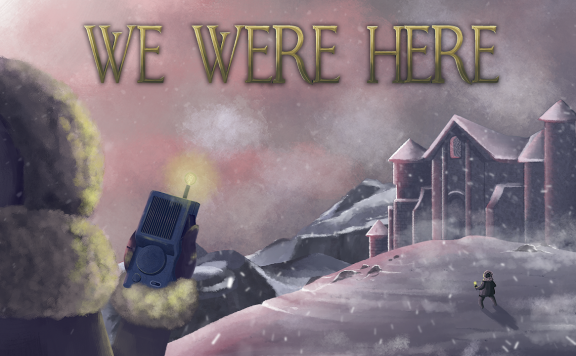