This far-fetched game was developed by Anthony Case and Stage Clear Studios and released by Digerati. The title art itself looks like a random drawing done by a creative mind in an art class who enjoys bright vibrant colours. Straimium Immortaly itself can only be described as a dungeon crawler/screen shooter. The game tells the story in text but the words are spelt like an adult trying to speak like a small kid, very similar to Jar Jar Binks (look him up at your own peril if you are unfamiliar).

The story is hard to digest, but you are some sort of lone warrior referred to as a ninja with a jetpack who travels in space, maybe to an alien world or rocket ship called the cube. Your aim, as far as I could surmise, is to go on a holy journey to take down the evil Queeni empress who resides in these cubes and makes meanies, her legion of minions.

After you get past the intro with the story it is recommended you play the tutorial level just so you get to grips with what the game is actually about. This is where you see the kind 8-bit multi-coloured scenes of the game. Using a lot of vibrant greens, light blues, purples and reds, it is quite difficult to work out at times what is in the foreground or background. You learn which buttons are your attack buttons, how to dodge and which buttons are your special ninja skills. The tutorial then takes you into rooms with enemies and things get really confusing. There is a lot of things on the screen at once; bullets that can hurt you, enemies that hurt you if you come in contact with them, but also things floating in the background that can’t hurt you, and finally little pink blobs which can’t hurt you but are there to be collected as they act as the currency in game.

Your health meter is a pulsating heart in the corner of the screen, and it gets smaller the more damage you take until you explode when you take you too much damage and it’s game over. You have a golden heart which represents the gauge of your special weapon. You can see also a blob counter of how many blobs you have collected in case you find a shop part of the cube where you can purchase weapon upgrades or other ninja skills. There are also other rooms where you can collect items, but it usually requires you to clear the room first before these are released.

With all the items sort of explained the tutorial also explains how you travel between screens using the tunnels. But in some screens, there is a hole in the background – which the game disturbingly refers to as an orifice – which you can enter. These rooms can contain anything from a room full of power-ups to a room full of baddies or even an impromptu boss fight. Even the tutorial level though is quite tough when you don’t know what can hurt you on the screen and if you die you have to start the tutorial over from the beginning.

But the no mercy attitude doesn’t end with the tutorial level. When you are ready to take on the game you select the cubicus crawl and select to enter the cube. My first venture into the cube did not last very long and I perished within the first few rooms, at which time the game takes you back to the title screen to go again. However, you soon realise that the cubes are randomly generated so you don’t see the same cube twice, not that you would know with the amount of colourful carnage on the screen.

Although after a certain number of failures I was told I unlocked a mutation. On the title screen before you enter the cube you are given a few options to change the experience. You change the size of the cube you are entering. You can type in a specific generator seed; I assume that if you type in certain words or numbers, it’ll generate a cube-based on the letters or numbers used, so if you were to use the same word again you would get the same cube as before. You can change the character sprite you use if you unlock one and then you can also select any mutators that you have unlocked. As I kept dying, I unlocked a mutator called easier mode which means I take 25% less damage when I am hit. It was a good job too as I really wasn’t getting too far.

Straimium Immortaly is a very odd game and a lot of it doesn’t make sense, though the weird designs and colourful layout has some charm about it. However, the game is not very fair and is downright tough when you can’t tell on screen what can or can’t hurt you and what is a power-up. The game has an old-style feel to it that you always strive to do better than your previous attempt. But with such childish writing and busy screens it may put a lot of people off. 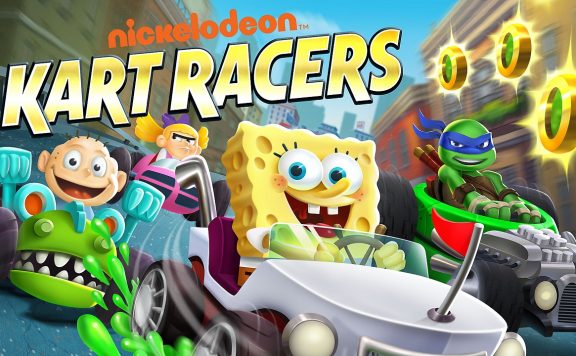 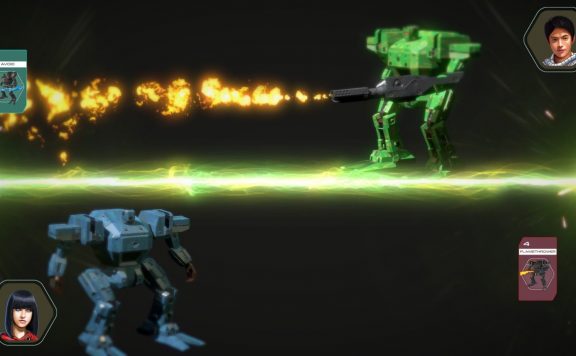 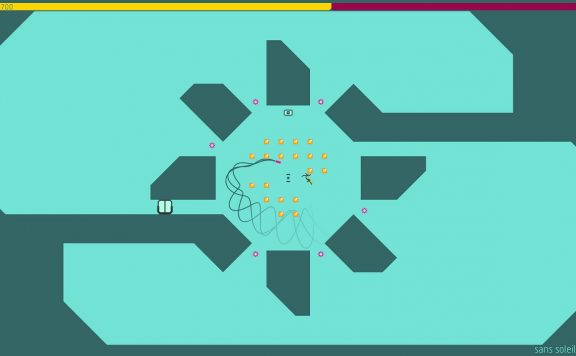