I think I speak for most of us when I say that gaming and boxes just don’t seem to blend together quite as well as the used to. Yes, Loot Boxes, I’m talking about you, you ugly, money grabbing fiends. Looking for some direct box payback? Well, What the Box? may be just the thing you’re looking for. That is, if you’re seeking a game that grows stale faster than a turd in the Sahara and comes with some awkward controls. With a title like this, it’s all too easy to write this off as a quick cash grab. So, what exactly is this game all about?

What the Box? comes to Xbox One from Bitten Toast Games, following release on the PC a few years back. Players take on the role of a cardboard box and play through a range of different modes and maps. The game is an online multiplayer shooter that largely consists of blasting enemy boxes amidst a shed load of standard lifeless boxes. On paper, the premise sounds promising and to some degree, exciting. Sadly, the end result is far removed, ultimately making for an experience that utterly lacks personality and longevity.

Mercifully for me the game supports bots. I say this because I had the chance to play the game prior to release and as you can imagine, its online community was absent. Though, in fairness, I highly doubt that this game will blossom in due course. Much like in online play, a total of nine bots will oppose you for supremacy. I cant believe I’m actually saying that. What I will say in defense of the game is that the AI doesn’t piss around. Seriously, these AI boxes are like freakin’ ninjas. So much so they make Solid Snake look like a chump.

What the Box? doesn’t take very long to gel with. In fact, it’s actually quite accessible in this regard. Once you master the speed and agility of the boxes, the underlining aim of the game becomes much more achievable. Weaponry includes the likes of a box cutter and a staple gun, simple (predictable) stuff indeed. There’s six different modes on offer, many of which offer up a unique take on the multiplayer PvP mayhem. These modes include; Deathmatch, One Bullet, Juggerbox, Kingdom of the Boxes, Team Deathmatch, and Capture the Tape.

One Bullet is a play on last man standing. Here, players will start with just one shot and if you miss your target, you’ll need to melee-kill another player to replenish your single use ammo. Deathmatch is self explanatory, pitting all players against one another within the confines of limited time. The box with the most kills at the end of the game, wins. Team Deathmatch shares that same concept but splits the player count into two teams. Capture the Tape, however, is exactly what you would expect; copy and paste Capture the Flag.

Juggerbox is much like your standard Juggernaut mode. One box will spawn as the Juggerbox and only the Juggerbox can score points through killing other boxes. In order to become the Juggerbox, other boxes will need to band up and kill the Juggerbox. The box that deals the killing blow will inherit the Juggerbox power. That leaves us with Kingdom of the Boxes and you guessed it, this is a re-skin of King of the Hill. Credit to What the Box?, it certainly doesn’t care about being unoriginal. Sadly, there’s not much for custom matches.

Players can indeed change a few parameters, such as altering the play length and allowing for friends-only, but outside of that, there’s very little on offer. The actual gameplay can be quite tedious due to some clunky controls and dodgy physics, but What the Box? manages to hold its own regardless. The main problem here is that it gets far too stale, far too quickly. Had the game launched with something unique or exciting rather than a bunch of copycat game modes, we could have had something fairly decent on our hands here.

The bottom line is that players that pick this up will likely have better established games that offer better versions of these modes. Don’t get me wrong, What the Box? is competent enough to warrant a pass (by a margin, I might add), but it just doesn’t stand out enough. I’ll admit, I had quite a portion of fun tactically hiding in plain sight among the other static boxes, waiting for my opposition to idly walk by before stabbing them to bits, though, this is nowhere near enough in the long run. What the Box? needed more than what’s in the box.

Speaking of the visuals, there’s no much wow-factor here. The game does support a colorful cartoon-like style, but when all is said and done, you’re literally staring at boxes for hours on end. That’s it. It doesn’t help matters that the soundtrack is more annoying than nails on a chalkboard. I had to turn it off and that’s not something that I tend to do very often. Achievement hunters will be glad to know that all of What the Box?’s achievements can be nabbed in the space of less than an hour, so I guess that’s a selling point to boast, right?

What the Box? lacks originality and depth. The ability to utilize the game’s bot support is a necessary touch, because in honesty, I highly doubt that this game will maintain a strong enough online community to uphold it in the long run. For its price it’s an absolute steal. There’s some neat functions present and I did have fun during the initial stages of play, however, there’s no denying that it becomes repetitive before long. 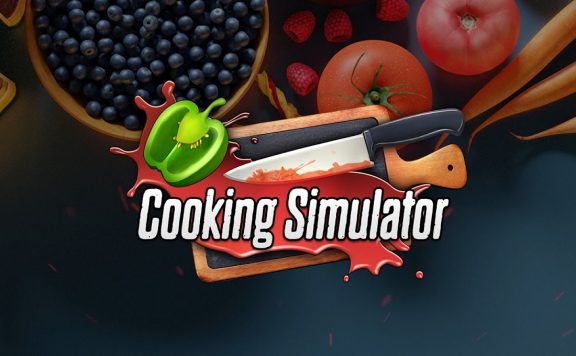 What the Box? Review

What the Box? takes a simple concept and tries to build on it with a unique overlaying design. Does the game manage to relay any originality?
0
Average User Rating
0 votes
Have Your Say!
Your Rating: 0
Submit
Genre:Action, Shooter
Rating:Everyone 10
Developed By:Bitten Toast Games Inc.
Publisher:Bitten Toast Games Inc.