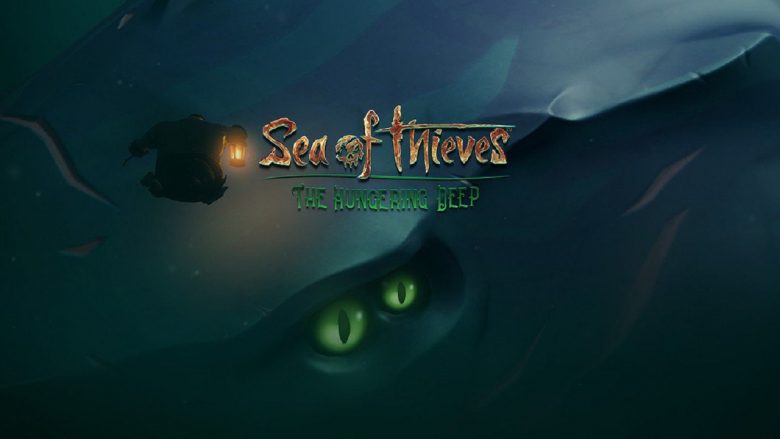 Sea of Thieves’ first content drop is finally here and having played it through, I can safely say that it shows a great deal of promise for not only Sea of Thieves in general, but in the long run too. Currently, Rare has a total of three (soon to be four) internal teams that are independently working on content drops. These will release in-turn and on a queue-like basis. This ensures that the game will have a steady and creative flow of content on a very regular basis. It’s a wise choice indeed and one that will no doubt pay off by the bucket load.

Now that The Hungering Deep is here, the team that worked on that will shift focus onto their next content drop, which will be released once Cursed Sails and Forgotten Shores has arrived. The teams working on Cursed Sails and Forgotten Shores, once respectively released, will then work on new content which will cycle into the game in due course, following release of the fourth content drop crafted by the team that worked on The Hungering Deep. Presumably the fourth internal team will fit in somewhere between one of those drops.

The Hungering Deep consists of visiting merry old Merrick over on Shark Bait Cove. He’s been drunk for the last week so until now, players have had to endure his rambling. However, he’s finally sobered up and is ready to send you on a quest to tackle his greatest enemy, the Megalodon. You see, Merrick – more notably his legs – and his crew were attacked by this gigantic creature and it falls to you to avenge them. This consists of a rather short yet very sweet voyage across the open seas in an attempt to piece together the overall event.

Players are sent from location to location in true scavenger-hunt fashion until finally being rewarded with the Drum; a new instrument that’s required to summon the deadly Megalodon. Prior to this, players are gifted with the Speaking Trumpet, a tool that can be used to verbally communicate with other ships at great distance. This comes in very handy towards the end of the overarching quest. You see, the Megalodon cannot be summoned by the traditional shanty, nor can it be summoned by any singular full crew; both Sloop or Galleon.

It takes a total of five pirates to summon the Megalodon, which means that players need to communicate prior to the event. Players also need to carry Merrick’s specific shanty from his location to the location of the encounter (south of Devil’s Ridge). Once this has been achieved, the event kicks off and from there, it’s a tense battle of vengeance. It really is a well developed addition to the game, something that promotes team play and shaves a layer of hostility off the game; given that many players would sooner shoot you than look at you.

Though, it wasn’t Merrick that made the adventure for me. It wasn’t the new tools and it wasn’t the Megalodon. It was something that I hadn’t witnessed in the game since launch week; unity. Seeing so many ships at the same locations was remarkable, more so by the fact that not a single shot was fired between crews. We all came together in search of something greater, in search of something new and exciting. It’s restored my faith and enthusiasm for the game one hundred and ten percent, so much so that it’s all I can think about right now.

There must have been twelve of us all swimming beneath an uncharted island to the west of Shark Tooth Key, desperately trying to locate a hidden cave that supposedly housed our next clue. If it wasn’t for The Hungering Deep, no doubt it would have been a bloodbath. Instead, it was the polar opposite. We all searched high and low before one pirate screamed through his trumpet that he had located the cave. With our final clue in the bag at last, we all sailed back to Merrick in succession and then head off to collectively tackle Merrick’s nemesis.

For me, The Hungering Deep wasn’t about the conclusion, it was very much about the journey. This journey in particular will stand out as one of the best moments I’ve had with the game to-date. Equally as such, I quite enjoyed how The Hungering Deep encouraged me to seek out new areas that I must have sailed past a hundred times so far. Underwater systems that are filled with interesting locations and gorgeous design that would have otherwise gone uncharted on my part, which in-turn, has encouraged me to take in more of the world.

There’s much more to Sea of Thieves than I had thought and much more potential in regards to future content drops. Deep sea diving and ocean bed exploration is an absolute must in my opinion, especially given how freakin’ beautiful it is down there. It would also be nice to see Rare periodically spawning in cursed chests in these hidden tucked away locations, but these are suggestions for another time. Right here and right now, I’m rekindling my love for the game in new and interesting ways, solidified by the cooperation of other players.

Sadly, I wasn’t able to kill the Megalodon. I had joined a Galleon in the hopes of finding three other players that were Drum-ready and looking to take on the mystical beast. Unfortunately, one player dropped out mid-encounter and another player joined. This player had already completed the event and used our own TNT to blow us up before laughing down the microphone and leaving the game. The game spawned me far from the encounter and by the time I got back, the Megalodon and other ships were nowhere to be seen. Salty I sure was.

If the game supported bounties, I would have slammed one on his head in and instant. Though, a pirate is a pirate and we have to accept that. Now, the whole journey lasts roughly two hours in total, but the tools that you’re given are here to stay. No doubt Rare will put these to good use in the future via voyages or other timed events and weekly challenges. I think their seamless introduction of this content has been handled remarkably well, it just slots in and fits right into place as though it’s been here all this time.

That, I hope, is a template that’s shared for future content drops. I would have been nice to see Merrick gradually becoming more sober day by day, giving us a thing or two to do while we waited for the content, but in fairness to Rare, they’re very pro-feedback so we’ll likely see more refinement as time goes by. Equally, it would nice to see necklaces in the game, earned (and fashioned on) by killing huge beasts such as the Kraken or the Megalodon, or any other sea monster that wants to try its luck challenging players on the seas.

When all is said and done, The Hungering Deep may not be very, well, deep, but given its short development time and how much ground it covers, it’s a massive step in the right direction. It shows but a glimpse of the wonderful things to come and it treats us to new tools that Rare can now put to further use. Small stories like this are very much needed and if The Hungering Deep is a small measurement in comparison to Cursed Sails, Forgotten Shores and whatever comes next, Sea of Thieves will be an entirely different beast in a year or less.

There’s so much potential but Rare needs to build on that. We need more enemy variations rather than more event counters. Fishing, rowboats, more vendors, photography and so on. There’s nowhere that Rare cannot go with this vast and gorgeous world. The Hungering Deep is but a small step towards something grand and even then, changed the game, for me at least, for the better. Do you agree? Do you disagree? Do you have any stories of your own to share regarding Sea of Thieves, The Hungering Deep or the future? Hit the comments below.

Written by
Mark Sherwood
Howdy folks! Now, as of July 23rd, 2019, I no longer operate here at Xbox Tavern. It was one hell of a ride; creating this, building this, and operating it for several years, but, we all hit a proverbial point that encourages us to move on, and that's what I've done; handing the reigns to the very capable Jamie. Want to keep in touch? My Gamertag is Kaloudz Peace! Love to you all, Mark!
Previous ArticleYoku’s Island Express ReviewNext ArticleEarth Atlantis Review 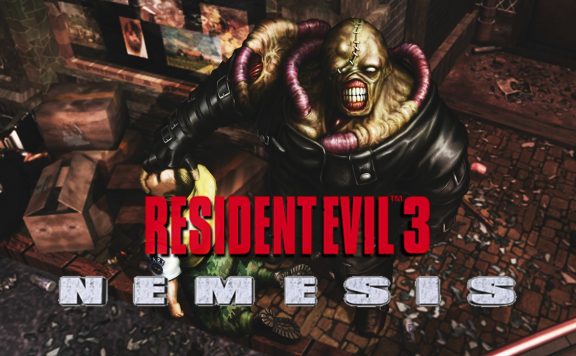 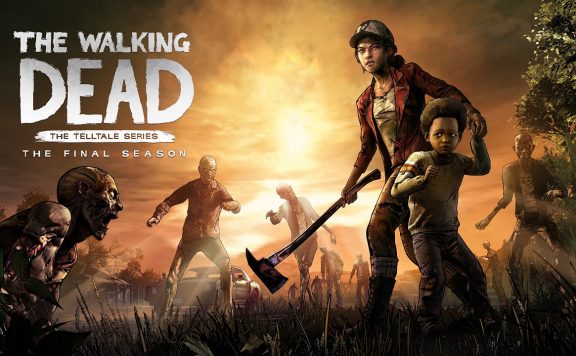 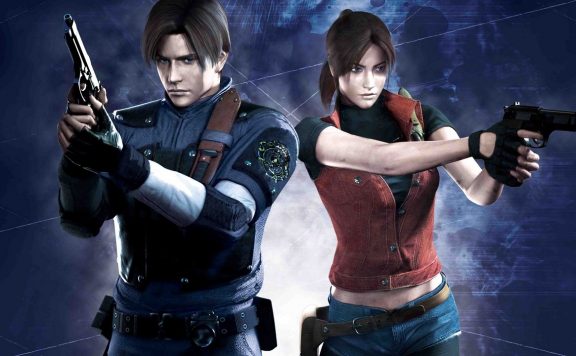 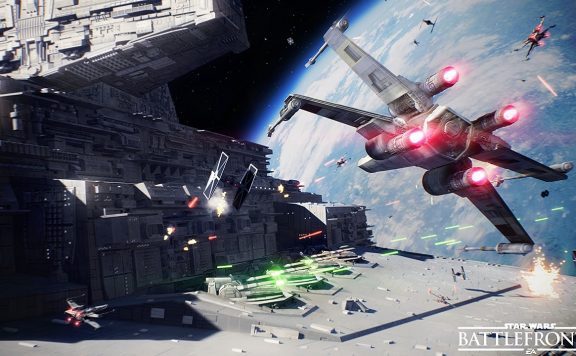