Oh boy. This is possibly the most conflicted I have ever felt writing one of these reviews. Necromunda is ambitious, and buggy. Strategic, and punishing. Satisfying, and infuriating. A game that tried so ridiculously hard to make me dislike it, only to bring me round again. The whole process was interesting, but I am getting ahead of myself. Let us start from the beginning.

Necromunda: Underhive Wars is based on a strategic board game, and a fairly popular one at that. With the zany characters, abilities, and weapons, it was a perfect fit for a video game platform. Did it transfer to video games well? It is complicated. From the beginning the story is presented to you, and you are immediately pulled into the deep strategic gameplay, with the most minimal of tutorials. It is not hard, but if you have no semblance of strategic patience when it comes to gaming, you will still be challenged. The game teaches you the basics of spending your movement points and action points to be most effective, and then you are on your own. Gamer’s familiar with X-COM will feel right at home with the fundamentals here, but Necromunda does do something original, as far as I am concerned, with the movement system. You are free to move your units around as much as your movement points allow, which gives you full freedom to put your units precisely where you want them. This is not your standard click here and make them go here either. You are responsible for manually moving your units with your thumbsticks. You will still need to use button presses to initiate attacks and the like, but the movement system feels very fresh.

The movement system is also where we get into the first problem with the game, and where the first major bug pops up. Units get stuck. Units get stuck a lot. The game tries to prevent you from ending your turn in a dangerous or unsuitable area by teleporting you a little ways back, but what the game cannot seem to do is prevent units from glitching into cover and staircases, and any other obstacles. The developers did mention they were aware of these issues and are actively working on them, but it can be crushing when you have only one turn remaining before mission failure, and your nearest unit to the objective gets stuck. The AI has no easier time with getting stuck, and many times did I watch an enemy combatant run on the spot for about 20 seconds before taking cover – again on that same spot. Without the ability to make your character jump or roll, once you are stuck, you just have to hope you magically become unstuck, which does happen, if only rarely.

The next sort of issue we run into, which will be more annoying to some players than others, is the turn times. You can go downstairs and make a drink in the time it takes your opponent to finish moving their units around and attacking or setting themselves up for overwatch. A single round of play can last up to 10 minutes if there are enough units. And when you face more than one other team, it takes even longer. This also leads into my main issue with the gameplay. When there are multiple teams against you, you can easily lose track of where everyone is. The AI make their moves, and you just see players moving around, but it can be difficult to keep track of all of it. You can always check the position of units with the mini map, and you can pinpoint proximity to other units with the left bumper, but I still found myself sometimes losing track of the flow of the game just because of how many units would move before my next turn. By no means a deal breaker, but something worth mentioning.

The combat itself can be underwhelming, with very few different types of weapons and attacks, but that does not mean it isn’t satisfying to land that critical hit just when you needed a bit of luck for the win. Certain unit types can interact with the environment, setting traps and dangerous terrain, but most of the strategy comes from unit positioning. The maps are large, and impressively varied. I enjoyed the aesthetic of the game very much as well. This is not an ugly game, despite some ugly textures and lack of textures. There is a consistency to the presentation that works very well for what it does. What does not work well however, are the visual issues with the camera. While trying to stay in a third person view of units, the camera can go into terrain, into walls, or just have violent shaking fits that make it impossible to see what is happening. This does not happen a lot, but it does happen enough to be a bother. Also, the camera tends to give up sometimes when trying to focus on a new unit in play, and seems to get stuck, before having a rather jarring catch up moments later.

A pet peeve of mine is unfairness in video games. Where the game is stacked against you, no matter what. For the most part, Necromunda seems very fair, and balanced, but in the fifth campaign mission you get one of the most horrendous difficulty spikes I have ever seen. Up until this point you have fought in open maps, with a variety of weapons, but now you are in a small arena, melee only, and your opponents are so much stronger than you. I lost count of how many times I failed this mission. There are enemy units that can do four or even five consecutive attacks on a single target. And if you manage to gang up on them and take them out, you get to fight ‘the champion’. A behemoth of a unit with dual shock weapons, and a lot more health than you. With his abilities and critical hit damage, he could take out two full health units in a single turn, and even get a third unit down to the last bit of health.

As if that was not bad enough, there are also fireballs being launched into this tiny arena after every round, making more and more terrain inaccessible. And it is random as well, so if you happened to have a unit taking cover where one hits, that’s bad luck for you, that unit is now taking burning damage, or possibly even dead. I needed all the luck in the world to get through this stage. I failed countless times, and was so enraged by the spike in difficulty, that when I finally beat it, I had to come off the game for the day to cool off. This does not happen often in the campaign, but when it does, it is jarring. At least, I do not think it does, because that brings us to another problem.

The save glitch. Oh yes, that old enemy of gamers everywhere. Hours of progress, gone in an instant. This happened twice in my time playing. First in the second mission, and then next in the seventh mission. All that progress, gone. At that point I wanted to give the game an absolute scorcher of a review, but I did not want to do a disservice to the developers and everyone who worked on the game. I bit my lip and pressed onwards into the main portion of the game – your crew. Once you have beaten the campaign (or the campaign has beaten you) you go into the scenarios and missions’ portion of the game with your own custom gang, and I do mean custom. Colours, weapon cosmetics, hair… all fully customisable. You can have a unique looking gang in no time, and this is where the game started to win me back over. Once you are out of the campaign, you start to pay attention to progression and looting bodies for weapons that have caused you grief. The battlefields are always littered with loot boxes and supplies as well, which you can decide to snatch up with a unit and safely evacuate with rather than focus on rival gangs or objectives. Your units also level up individually, and you can spend their XP to upgrade the stats of your choice. Units also become injured in battle, requiring precautions for the next battle. This freedom to loot and grow your gang brings Necromunda into its true form.

At this point you are excitedly waiting to take your very own gang with all those spent XP upgrades and all those scavenged weapons online. Unfortunately, after an hour in the lobby searching, I concluded that multiplayer is not currently a viable prospect. I waited until the game had been out a couple days and found that this did not help my opponent search prospects in the slightest. Multiplayer is just not happening right now. It’s a shame, but the game gives you tonnes of randomly generated missions to undertake, so you can keep looting, and earning additional skills with reputation, as well as spending in game currencies at the shop for special gear. There is a lot to do, and the harder the mission, the more rewarding the loot.

Coming back to the technical stuff, sound is just okay. Voice acting is fine, if a touch inconsistent, but the music just does not seem to play during battles, and it would have been a great addition. Battles feel kind of empty without any real sounds apart from weapons and grunts of pain. Some things like pistons and generators make sound, but that is about it. Again, graphically the game is fine, but when paired with sound, the whole presentation package comes under just ‘okay’.

So, it is time to wrap up here and come to a verdict. This was a tough one for me because with the bugs, glitches, and heinous difficulty spikes, I wanted to rip the game a new one. But the more you play, the more you learn, and the more you start to see the developer vision. It is far from perfect, but it is certainly not bad. I think if the developers were to stand by it, fix those glitches, tune up the gameplay speed a touch, and maybe do something about the spongey enemy health and lacklustre background sounds, this will get a happy community and a rich following. In its present state, its going to struggle to stand out, which is a shame because there is some profoundly good stuff in here.

Necromunda: Underhive Wars needs a lot of work, and is littered with bugs, save issues, and an abundance of little annoyances that break immersion. But when you press past, you will find a competent game with some interesting mechanics, a rich progression and loot based endgame, hours and hours of potential tactical goodness, and a genuine effort to make a stand out, highly rewarding strategy game.

Written by
Robbie Cocker
As a kid, I was very socially awkward and quiet. When I was introduced to Xbox, everything changed. I've met my best friends on Xbox, and had some of my absolute best gaming memories on Xbox. Gaming is something I could never give up, and I pity the poor soul who asks me to do so. Gaming is life, and I bleed Green! 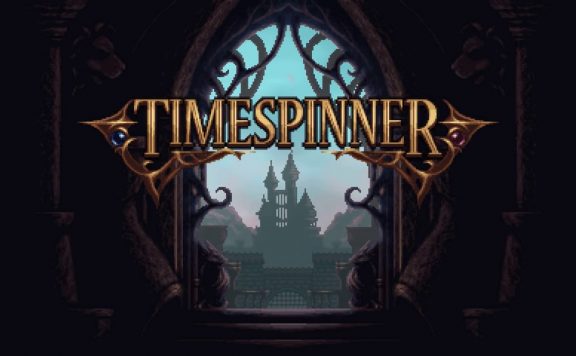 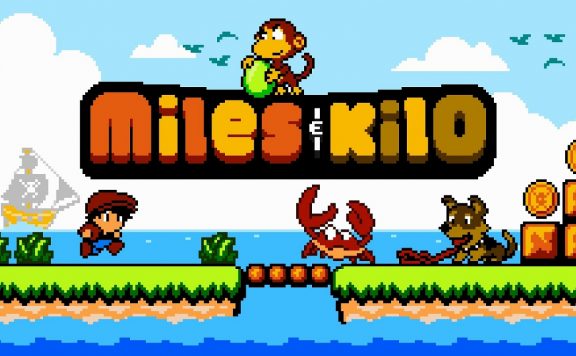 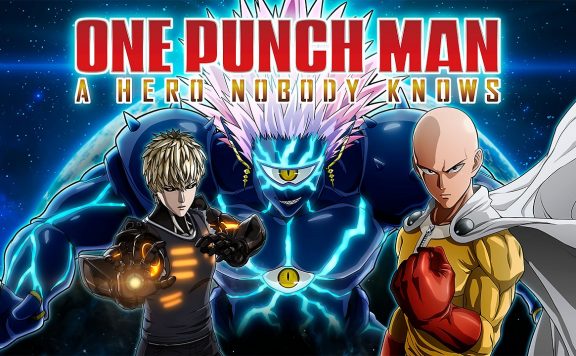 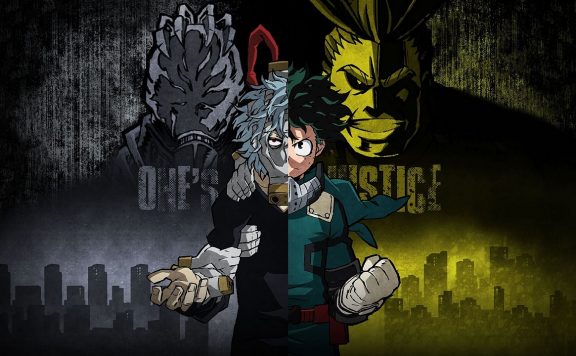